Anti-quackery efforts in the United States

In the United States, quackery is promoted not just by misguided and dishonest health care providers. Best-selling health books promote inaccurate information regarding health products and services. So-called “human interest” stories in newspapers, magazines, and on broadcast media often mislead consumers by presenting quackery uncritically with an emphasis on testimonials by satisfied customers rather than scientific considerations. Radio and television talk shows give frequent exposure to promoters of quackery, but limited opportunites for opponents of quackery to present their views. Some Internet web sites seduce unwary consumers with claims for “miraculous” products; others make deceptive attacks against established public health measures such as vaccinations. Supermarkets, pharmacies, discount stores, and “health food” stores promote a wide range of nostrums as “dietary supplements.” Misleading claims for mail-order products are made in magazine and newspaper ads, direct mail solicitations, television commercials, and e-mail solicitations. Solicitations over the telephone mislead consumers into buying alleged arthritis remedies, weight-loss plans, sexual aids, baldness cures, and other health and nutrition products in order to claim “valuable” prizes that turn out to be worthless.

Multilevel marketing schemes for dietary supplements, diet plans, homeopathic products, and other health-related products convince many consumers to become “independent distributors” who use the products and convince others to buy from them and, in turn, become distributors to others.

In American universities, proponents of postmodernist doctrine, who reject the need for scientific methods to separate fact from fiction in health care, refer to pseudoscientific and superstitious approaches to health care euphemistically as “alternative” or “complementary” modalities. Many medical schools and other schools that train health professionals offer courses that take uncritical approaches discussing methods of healing that allegedly involve manipulation of a mystical “life force” distinct from physical forces explainable by the laws of chemistry and physics. While some professional associations have taken strong positions against quack methods, others have given quack methods their tacit approval. Some influential politicians who have embraced quack methods are responsible for laws that promote quackery and protect quacks rather than consumers.

There are enormous challenges for opponents of quackery in the United States. It is critical for anti-quackery activists to use the Internet and other media to expose scientifically indefensible health claims, promote the need for sound, consumer protection laws, and educate consumers about their vulnerability to deception. 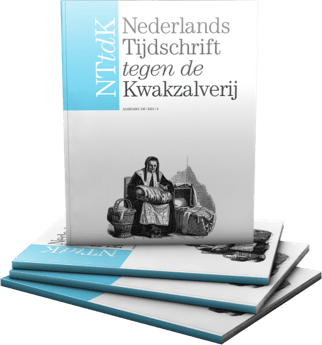